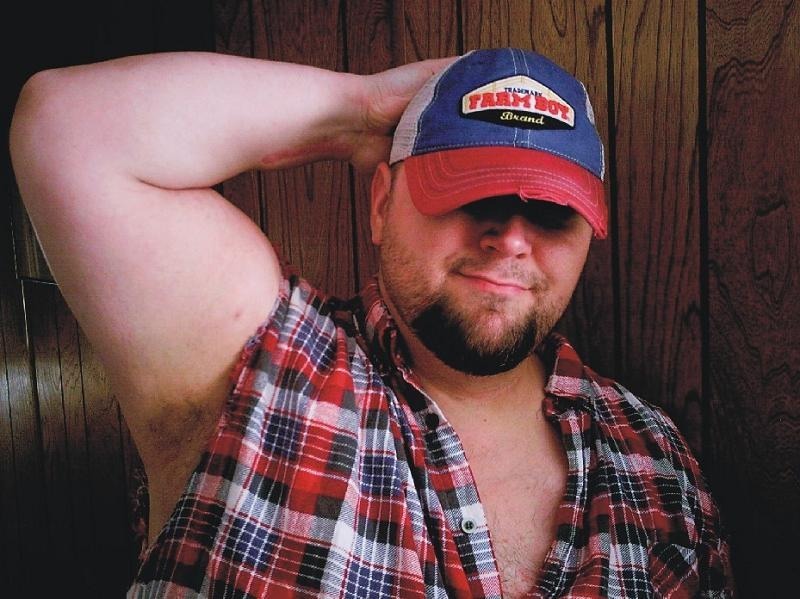 Yeah, the trucker was a bit ridiculous, with that ratty “Bubba” hat he wore all the time–even to bed, and his deep southern drawl, but he’d seemed nice enough to Jimmy, and considering they were both headed the same way, he figured it couldn’t hurt to ride with him for as long as the big redneck might have him. However, after a couple of days on the road together, he’d found the trucker was…well, bonding a little too close for his comfort. Sure, Jimmy was a nice guy, but he sure as hell wasn’t a fag, and even if he had been, “Bubba” sure as hell wasn’t his type. Still, they were close to his destination–one more night of unrequited love could be tolerated, right?

He shouldn’t have gotten drunk–that was his first mistake. He’d woken up from a way-too-many black out to find himself tied up in the sleeper cab of the truck, which was parked in the corner of some rarely traveled rest stop. Bubba was up front, saw that he was awake, and grinned. “Good–yer up,” he said, “God damn, I forgot how lonely it gits out on the road, though I’ve been thinkin’ that ya might be just the solution, eh farm boy?” he said, holding up a baseball cap with those words embroidered on it, and putting it on Jimmy’s head.

The effect was immediate. One moment, he was looking at his normal body, and the next, he was someone entirely different–a bit shorter, much stockier and chubby, with a good amount of body hair, wearing a flannel shirt with the arms ripped off, and mud caked jeans. “What the fuck ya do tah me?” he shouted, unprepared for the drawl that came out unbidden.

Bubba just laughed, and then started kneading Jimmy’s body, tweaking his nipples, and unable to help it, Jimmy let out a moan, and his cock hardened against the dirty denim. Bubba edged him for hours–all day and long into the night, talking to him almost constantly, telling him about how he was going to be his boy, his cub, his lover.

The hat was doing something to his mind, he realized. It was becoming harder to separate out what was real from what wasn’t. His mind was dulling, and he realized that now, he hadn’t even graduated high school, working full time on his family’s farm instead. Now though, he rode around with Bubba, his daddy, trucking across the states–but that couldn’t be right, could it?