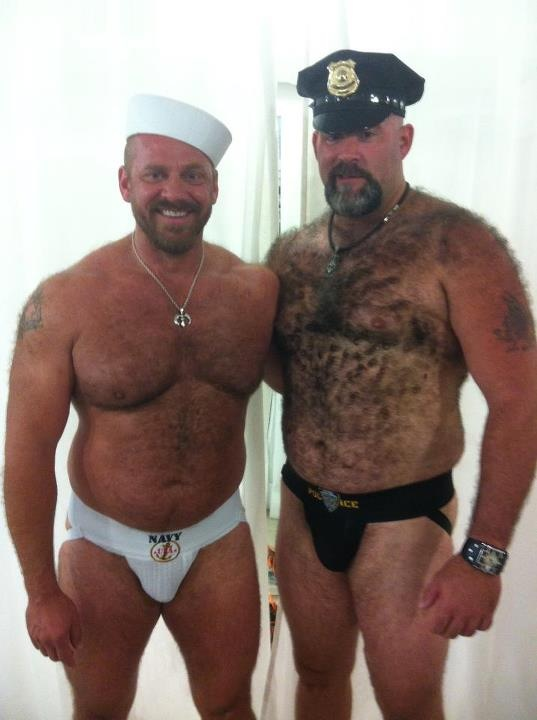 “Fighting it won’t do you any good Trent–soon you’ll be so used to obeying that you won’t even notice the necklace. Ah good, Luke and Rudy are here–they’re going to get you started on your training.
"Don’t they look nice in their uniforms? Luke has been with us for three years now. He came in one night while his ship was docked for a festival–and he quickly realized how much he preferred pole dancing to staying out at sea for months on end. And Rudy here–why he just finished his training course a few months ago. Apparently he’d caught wind of something strange going on here at the club. He’s too clumsy to be much of a dancer, but man, some guys just go wild for that pelt of his, and his hole is marvelously tight.
"I already have your new uniform waiting for you Trent–a hunter green jock, "Marines” embroidered on the front. One of those cute, camo caps of yours on your head. The men will pay good money to fuck the living daylights out of you. Don’t you worry, you’ll be a star.“