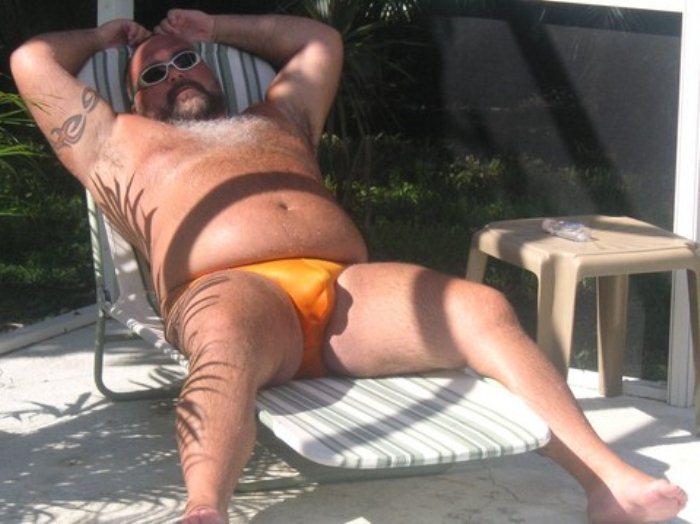 Ian had been watching the young man sleep on the chaise lounge for several hours now, and was quite pleased with the results of his sunblock. Well, he’d been young when he arrived at the hotel pool, when Ian had offered him some complimentary sunblock. He’d been a smooth, pale and slender guy in his mid twenties, and while he’d planned on swimming, the topical sedative in the solution soon had him relaxing and asleep in the sun.

Ian’s special solution absorbed that solar energy and generated several special chemicals the subject absorbed, most importantly testosterone, which caused the men to grow copious amounts of body hair. Of course, a few other, more dangerous chemicals were also released, particularly ones which caused the body to age rather rapidly and convert muscle mass into fat–the young man was already nearing his mid forties, and was quite heavy set. A final, unfortunate side effect was a massive drop in IQ, cognitive function, and often substantial memory loss. Still, he wouldn’t be needing any of that when he was added to Ian’s growing harem of bear sluts kept for the hotel’s clients.