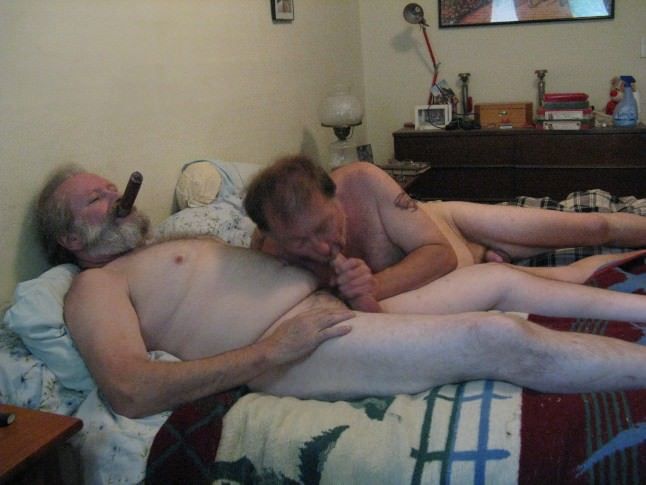 “What the fuck did you give us, you fucker!” Nick said, dragging the old man behind his booth at the fair, Anthony beside him. Their changes had progressed further, both of them now approaching middle age, their muscles much weaker–but not so weak they couldn’t kick this fucker’s ass if he didn’t give them an antidote.

“Ah! You must be the young man from earlier,” the man said with a laugh, “I see the sample I gave you is working nicely.”

“What the fuck are you talking about? It didn’t work at all!”

“Oh nonsense–it’s working exactly as it’s supposed to. Looking at you both, you’re here right on time–the second stage should be starting any moment…yeah, look at your friend there.”

Nick looked over at Anthony, but his friend was just standing there, slackjawed, almost like he was in a trance…but the bulge in his friend’s pants drew his attention next. What the hell was wrong with his bulge! It seemed…massive all of a…sudden. Nick’s mind was clouding over, dulling, and he released his hold on the old man, feeling a pleasant warmth in his pants too, but a…pressure too.

“Yes, very good you two. Follow me, and let’s get you both milked.”

Helpless to disobey, both Nick and Anthony followed the man to a trailer parked against the side of the fair and went inside with him. He sat them both in a chair, strapped them in, opened up their pants, and they saw what was the matter–their ball’s had swollen up to three or four times their original size.

“See, I do, in fact, sell a muscle growth serum, but business has been so good this year, I’ve been running out, so I needed someone to help me resupply my wares. All that youthful muscle? It’s in those sacks of yours, and you’re going to give it to me.”

“You won’t be telling anyone anything,” the older man said, “You won’t remember a thing when I’m through with you both. Nope, the only thing the two of you will remember is your new lives as a couple of dumb, old, faggot carnies. I’ll help you fit the part of course–grow out your beards a bit, tone down the hygiene, soften your minds, make you both smokers and drinkers–I think cigars and whiskey for you both. I have lots of wares that will be perfect for you both.”

They both tried to fight, but there was nothing they could do–and when they both stumbled out of the trailer a few hours later, in their filthy clothes, smoking their cigars like they’d been doing it for years, the two old men found a bit of privacy and fucked each other for the first of many, many times.