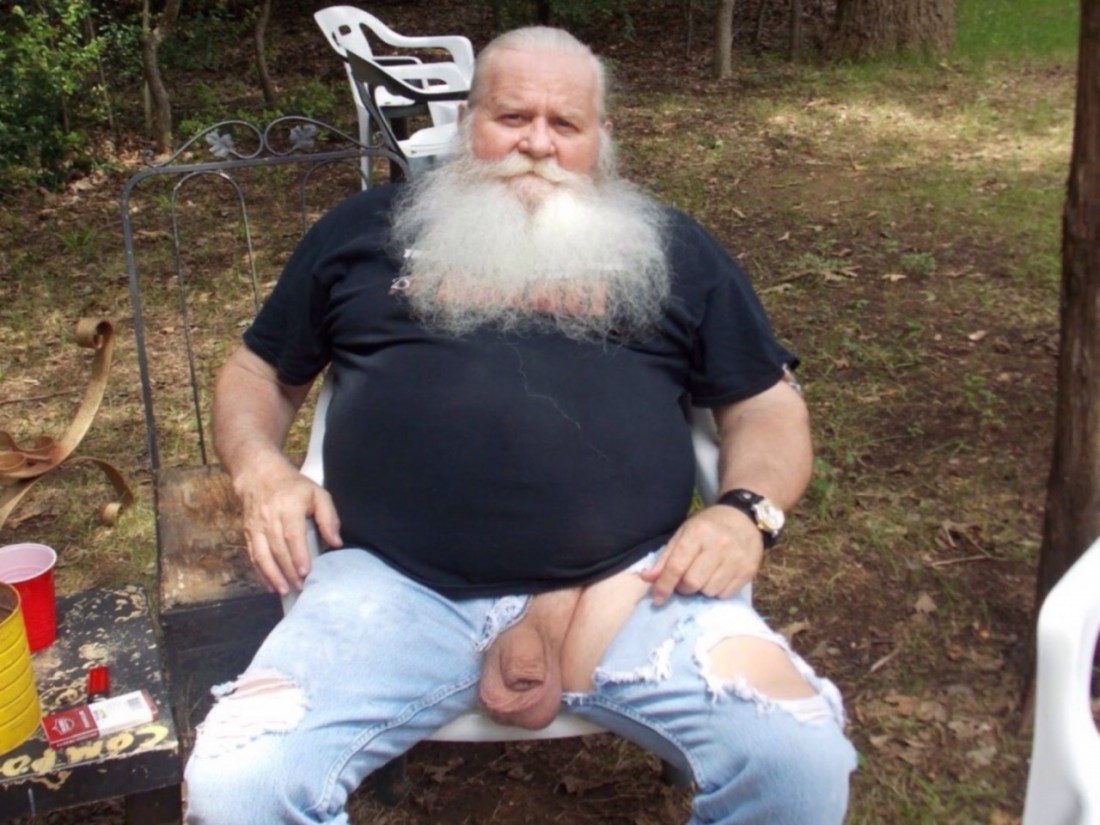 The five college friends had been camping at this spot for the last few years, and usually it had been perfectly peaceful. This year, though, this group of older men had rolled in a day after them, set up camp nearby, and it was clear they were all…well…none of the guys really wanted to talk about it, but all of them had seen a few things they didn’t want to talk about with each other. They didn’t care what the guys wanted to do with their spare time–it just seemed like they were always where the group of friends were headed, always having sex…and always wanting the younger men to watch.

After a day they’d had enough, and were planning on leaving early the next day and heading home. Still, they had one more evening at least to enjoy around the fire. One of them went off to the bathrooms, and they noticed he’d been gone for a fairly long time, when someone else crashed through the bushes. It was one of the older men from the other camp…except he was wearing their friend’s clothes. The crotch of his jeans had been ripped open, and he settled into the waiting chair, legs splayed wide, nuts hanging low, his thick dick out for everyone to see.

“Sorry I took so long guys,” the old man said, “Had a run in with a couple a bears in there, ya know what I mean?” he added a wink and started groping his cock.

The four young men shouted at him, and the older man seemed genuinely confused, as the four shoved him away, off towards where the older men had been camping. He kept trying to protest, genuinely confused–he only stopped trying to approach when one of the more athletic friends punched him in the nose, and sent him packing. All of them were concerned for their friend, and decided to split up into pairs to search for him–one pair heading for the bathrooms, the other pair would look around the campground.

Neither pair found them, but the two that headed for the bathroom came back to discover two older men sixty-nining by their campfire–they ran them off, both of them confused like the other one had been. They waited for the other pair to return, but they never came. Terrified, they started throwing shit into their car, ready to drive off and leave them behind, but in the morning, the campground staff only found a half packed car, and everything else abandoned. A few other campers complained about a group of older men who had been acting lewdly all night long, but their was no sign of any of them that morning, and no record of such a group ever checking into the campground.