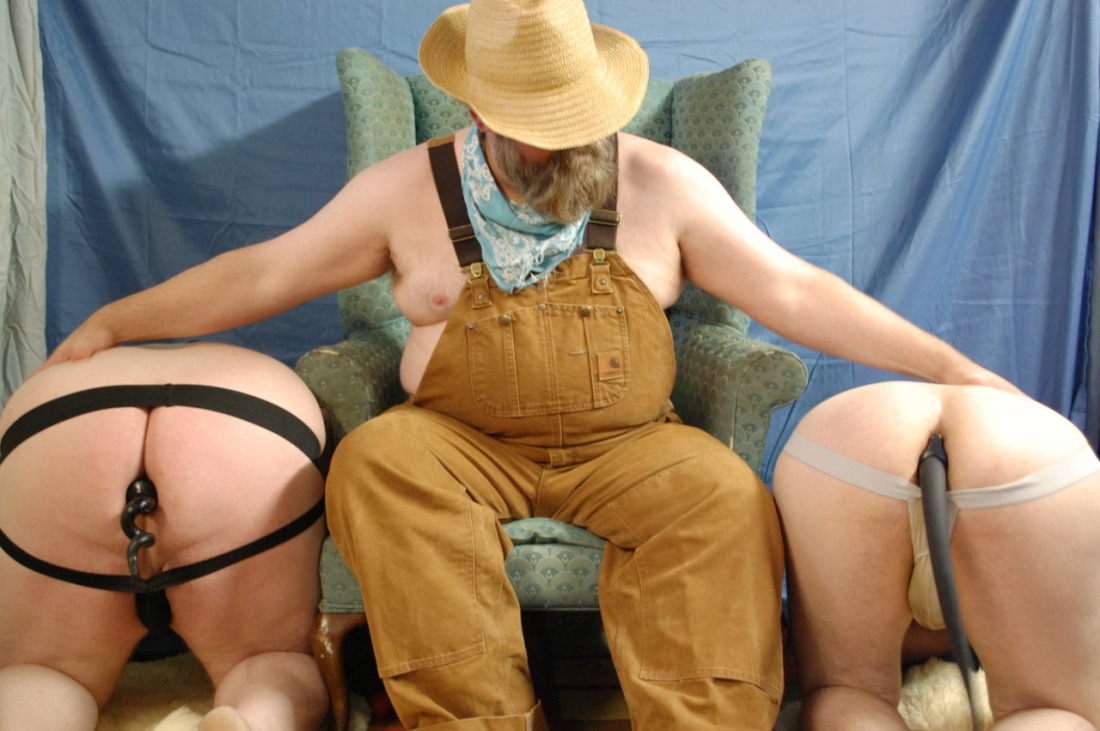 Photo and Idea submitted by Bryan

These two college fucks–I know it was their frat bros or whatever who put them up to the prank to begin with. Cow tipping–who even tips fuckin’ cows anymore? Needless to say, I wasn’t very happy when I heard the commotion outside and went out with my shotgun, scared the two pansy ass kids half to death without even shooting anything. So I called the cops, and as soon as they figured out they might actually end up going to jail, well, let’s just say there were some tears involved, and so I offered them both a choice. Either they could go with the authorities and take their punishment that way, or they could work on my ranch on the weekends, and pay off their debt that way instead. I told them that they’d be mine from Friday night until Sunday evening, no exceptions, and if they missed even one weekend, then I’d be pressing charges on them both. They were desperate, and they knew I knew they were desperate, and so they agreed, figuring it was still better than jail.

Course, I couldn’t just let something like this go unpunished, you know? Now I might look like a simple redneck to you, but even this simple redneck has some tricks up his sleeves. My grandpa was a magician, years ago, and he gave me his hypnotist’s watch–and trust me, the thing’s damn effective if you know what you’re doing. Pretty soon, the two of them were loving their work on the farm, even though neither of them could quite remember what kind of work they were doing in particular, because if either of them could remember…well, I doubt they’d be happy about it.

Still, I’m pretty happy with my new pup and pig. Aren’t they adorable? Of course, I can’t change them too much right now, I have to make sure they’re still presentable when they head back to class during the week, but I think both of them are realizing they suddenly don’t quite have the minds for college. Nope, pig here spends all week stuffing himself silly, and pup here is too busy humping anything he can find, preferably pig’s leg or rump, to focus on class work. Both of them have already agreed to keep working for me all summer long, and I have no doubt that neither of them will be returning to classes in the fall. I hadn’t really planned on keeping them, but let’s just say I’ve grown pretty attached to both of their holes, and I don’t think they’ll be leaving my ranch for quite a long time, not that they’ll care soon enough.