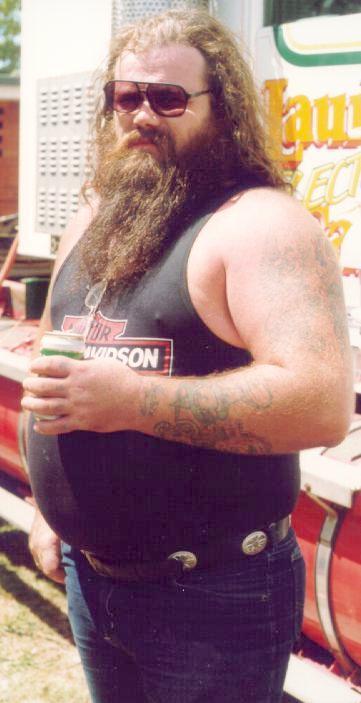 Bart loved hitchhikers, though not for the reasons one might usually expect. Of course, not many people were very willing to ride with him–he stank like smoke and booze–it also didn’t help that he wouldn’t shower for months at a time, but there was usually someone desperate enough to climb up into his cab for a ride, but he’d only let men up. For a few hours he’d probe them for information, and ply them with a drink, and when the drug had them passed out and slumped against the seat belt in the passenger seat, he would drag them into the back of the cab, undress them, and tie them securely in the sleeper.

Those were his favorite moments, when they were well secured, but still asleep for a few more hours. He would explore their bodies with his tongue, get to know their flavors, inside and out. Suck their cocks and taste their cum. With enough prodding on their prostate, they’d eventually piss, and he’d drink that down too, just to sample it, see what kind of person he’d be travelling with for the next several months. It was always so very informative–somehow, he would be able to get a sense of them–how they worked, what kind of person he could shape them into.

Of course, they would protest once they woke up, but they quickly discovered that Bart’s drugs had left them unable to resist obeying every order he gave them. Really, their obedience was just a precaution–he preferred keeping them tied up more than anything else. Over the next several weeks, he would introduce them to their new chores–primarily as his cumdump, urinal and toilet paper. They would all discover in due time that they enjoyed their new chores more than they knew they should–something about Bart’s filthy body would drive them mad with lust. Before too long, they would be begging him for attention, asking to clean his body and suck his cock. He would tease them, listen to them squirm against the ropes binding them in the back as he drove. They always begged so nice–it was a special kind, while they still knew they shouldn’t want him, but couldn’t quite figure out how to say no to their own changing minds.

When they were finished–when all they could think about was Bart’s filthy body, he would begin training them for work. Pimping them out to other truckers at various stops, teaching them to enjoy all sorts of filthy bodies–not just his. The time spent in his truck tied up and unmoving, with a diet of mostly junk food and Bart’s filth, usually didn’t do them any favors–they would grow large guts, their limbs withered, all of them with long, grimy beards they couldn’t see themselves without anymore. When he’s confident that they’ll survive on their own, he dumps them and tells them to get to work, and make him some fucking money.

Everyone on the road can recognize one of his whores–they all wear the same collars bearing a single tag with the words, “Owned by Bart.” They cruise the roads, catching rides with any horny trucker who will have them, serving them in any way they might desire, and collect money for their Master, depositing it in his bank account at their next stop. They all do their very best, because they know his best whore gets one whole month riding with their master in his truck, tied up in the back, the privilege of once again being their master’s sole focus in the world. And the one thing they all desire more than anything else, is one more taste of their fat master’s filthy body.