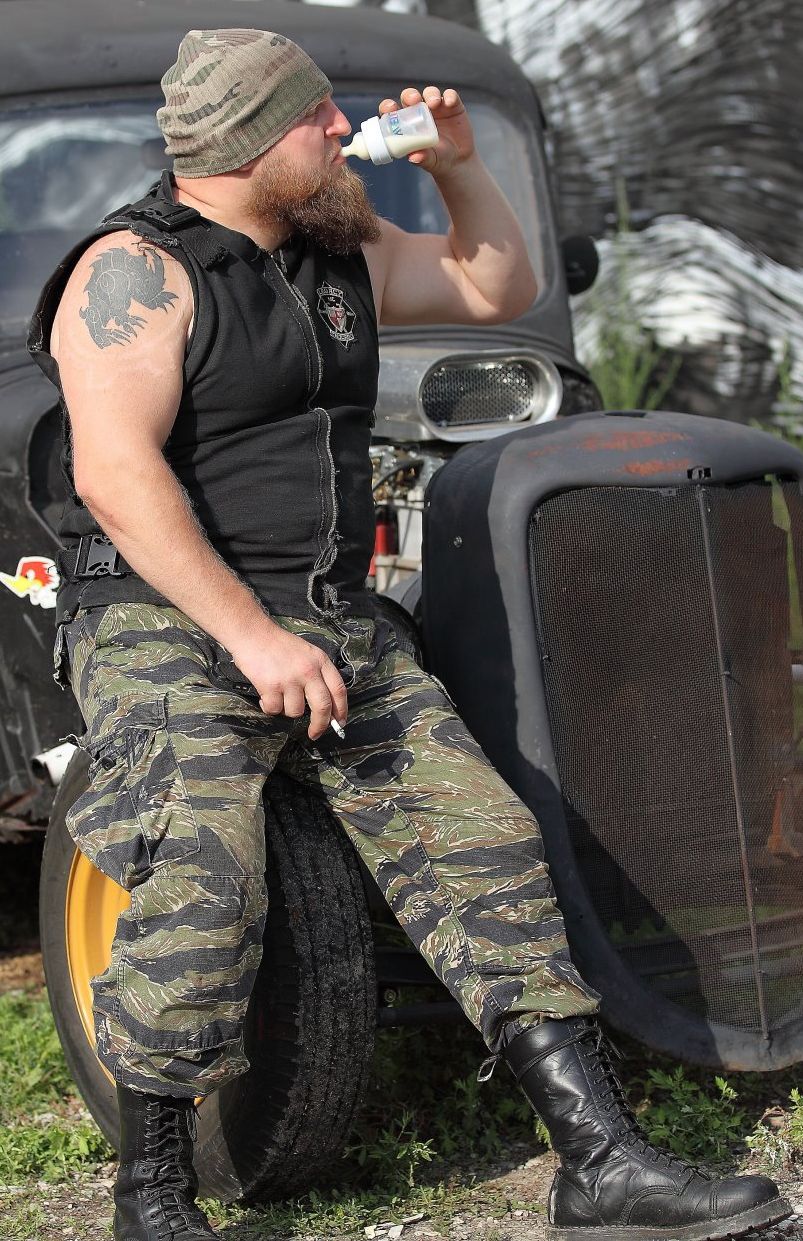 It was just another day at the junkyard with Jack, picking out spare parts for their pet car projects, when Gareth found the ring. It didn’t seem special–but he couldn’t help putting it on. Jack was leaning on a beat up car, sipping a beer and whining about how they were missing the game, and Gareth was sick of it. “Jack, you’re nothing but a big, whiny baby, you know that?”

Jack went to take another drink, but found himself sucking from a little baby bottle–not from his beer. He barely had time to think about that before he felt an odd warmth in his pants–or what had been his pants moments before, and which were now a large, padded diaper. After pissing, he shat a massive load into the back as well, and looked over at Gareth who suddenly looked smaller. Jack was growing–not only taller but also fatter, passing seven, and then eight feet tall and more than 500 pounds, the diaper growing with him while his other clothes burst off him, and he started bawling.

Gareth looked at the ring and grinned. Oh was he going to have some fun with this.