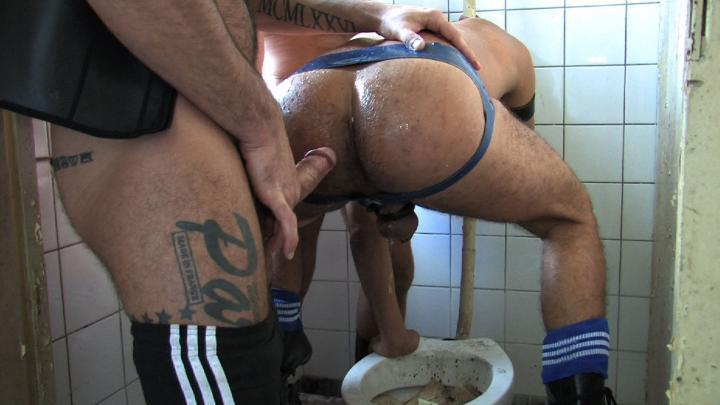 WARNING: FILTH AND SCAT AHEAD!

You’d liked him, as soon as you’d seen him. A bit grungy, a bit of a rebel. That mohawk, that…dirty jock he was wearing. He was willing to throw you around, push you up against walls, willing to take it from you too. The two of you wrestling around on the concrete, a few other men watching the scene, curious if there was a chance of joining in. He got you on your knees, and you were expecting to suck cock–instead, he slipped his cock free of his jock, aimed, and sprayed you with a blast of piss. The force of it stunned you–like someone with their thumb over a garden hose. You were soaked in a second. You couldn’t escape the smell, the taste, the thrill of it. You’d never once imagined you might enjoy a scene like this, but as the men circled around you and hoed you down, you found your…mind shifting.

You swore to yourself it was a one time thing, as you walked home in street clothes, your skin still damp and reeking. You didn’t shower when you got home however–you laid down in the tub and jacked off to your stench, and then pissed all over yourself for good measure. After that, the bathhouse became a…regular activity for you, didn’t it? You just couldn’t quite find anywhere else that made you feel the same. You tried to keep away from watersports at first, but as soon as anyone caught a whiff of you, they knew what you really wanted. You felt so…ashamed, walking home, dripping with piss. Knowing that everyone who passed by could tell what you wanted, what you were. But while the shame never faded, you found yourself…enjoying it. You wanted people to know what you were, it made you harder than a gut full of secondhand beer.

You didn’t see him for almost a year. You never even realized you were looking for him, until you saw him again. The lump in your throat–was it fear, or thrill? It was too late to move to another room, he’d already seem you there, in the basement corner–what had come to be known as your “spot” when you were there. You sucked him off for a bit, drank his piss down too, but you could…sense something coming. He spun around, bent over, and before you could do much more than blink, he sprayed the contents of his ass all over your face and chest–and like the piss before…it was more than you could take, more than your mind could possibly handle, and remain whole.

Now here you are, in your corner. You almost never leave the building now–most men only see you as an it, a thing, a toilet, a trashcan, a repository for their shame. He’s over there, your creator. Some man is desperate to fuck his hole–a new top, apparently. Were you unlucky, to have been made into this thing? Could you have been fated to be something else? The man’s in balls deep now, and you’re licking your scummy lips. He’ll feed you, after this–he’ll want you to taste his new creation, right from his own ass. You wish you weren’t hard, you wish you weren’t cumming at the thought of the frothy, cummy shit you’d be feasting on soon, but that you is long gone now, and won’t ever be coming back, not after your taste of this life.