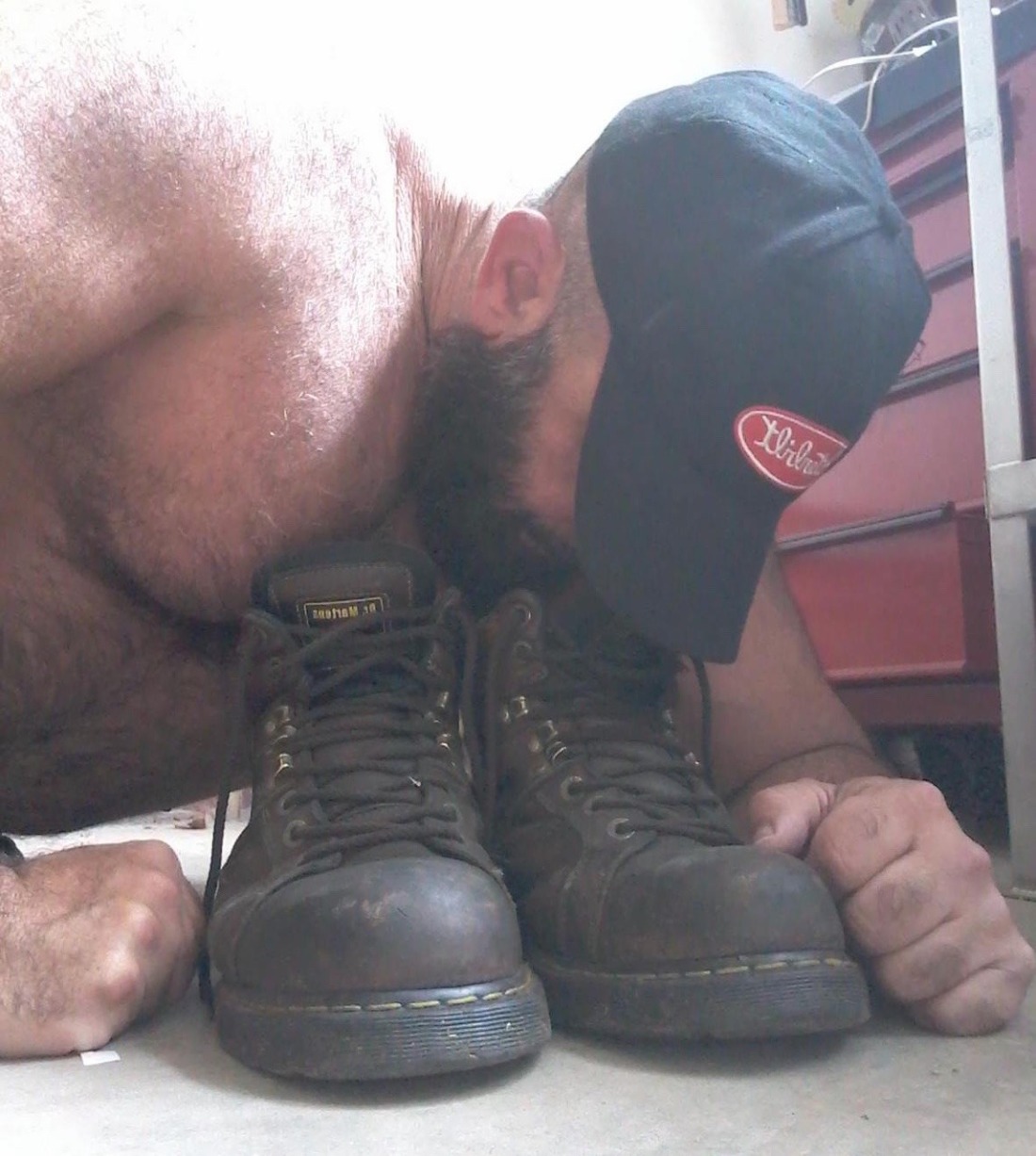 Why the fuck was he doing this, Hugh screamed in his head as he shoved his nose deeper into the stinking boot, snorting up as much of his neighbor’s musk as he possible could, his cock hard and leaking in his jeans. He’d always considered himself an alpha, a true man–and an alpha most certainly did not helplessly sniff a fat fuck’s nasty work boots, and get hard while he did it.

“See? I told ya,” his neighbor, Clark, said. He sat forward so he could pull out the can of chaw from the back pocket of his grungy coveralls he always wore, take out a wad, and tuck it in his lip–but his beard was so thick you couldn’t even see the bulge. “Knew a fuck like ya wouldn’ be able tah help yerself.”

They were in Hugh’s garage, where Hugh spent most of his free time working on his trucks. Clark had been passing by on the way to the mailbox when the two of them had gotten into a bit of an argument–and Clark had ended up taking off his ripe boots…and as soon as Hugh had smelt them, he’d been unable to resist them. Hugh managed to haul his face free for a moment, drool running down his chin, but he just fell back in, pushing his face in even deeper.

“Please, let me stop!” Hugh shouted into the boot.

“But ya don’ wanna stop, do ya? Ya can’t have those one though, I ain’t done wit’ ‘em. Got lots a other stuff back home ya can keep though–trust me, once ya gots a taste…ya ain’t gonna be able tah stop. Just wait til ya gets a sniff a mah jock–yer gonna be a brand new man–in fact, git over here.”

Thankfully, Hugh could take his head out of the boot, but he found himself crawling towards his fat, smelly neighbor, watching him zip his coverall down to his crotch and part the sides of the suit, revealing the filthiest pouch of a jock Hugh had ever seen…but he couldn’t stop himself from shoving his face in, huffing his neighbor’s fumes–no…no, his Master’s stink, yeah, his Master.

Hugh wasn’t quite himself from that day forward, but he didn’t mind. Instead of working on his trucks, he spent most of his downtime over at his Master’s house–along with most of the other men from the neighborhood. But what choice did he have? He needed to smell his Master, right? He needed to smell a real man, to remind him of his proper place in the world–at that man’s feet.