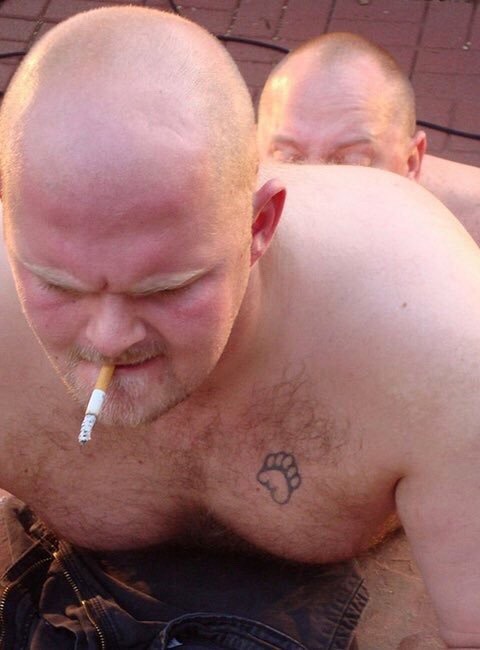 We met through a mutual friend, one night, at a poker game. His name was Ed, and we got on pretty well. We were taking a break from the game, out on the porch, smoking–me a cigar, him a cigarette–when he told me he wished he could quit. So I mentioned my hobby, that I was a bit of a hypnotist, and that, if he wanted, I could practice on him, and help him break his habit.

Now, you should know, I’m a sucker for guys like Ed, and I also am a sucker for smokers, so…I may have had no intention of helping him, really. Of course, I can’t just make someone gay, you know, but Ed…well, he was setting off my berdar a bit, and he had a girlfriend but, well, under hypnosis the truth would come out. If it turned out to be hopeless, I’d help, but if I could take advantage of him? Well, for a face like that, I might do a lot of things.

So he came over a week later, and I put him under. Sure enough, he’s bisexual at the very least, though deep in the closet all the same. That won’t last too long, however, and I put my scheme into action. When he wakes up, I tell him that I’ve made it so he’ll be unable to bring himself to buy cigarettes, or borrow them from anyone–the only place he’ll be able to get them is from me– and I’ll control his intake so he’ll be forced to quit. Of course, what I didn’t tell him, was that I’d just made his nicotine addiction quite a bit stronger than it had been…so he’d be coming over a lot, and he’d be willing to do pretty much anything to get a cigarette from me.

We started off easy, and I put him under a few more times, making him comfortable around me, making him trust me, making him enjoy my presence and my touch. It wasn’t long before he was stripping for cigarettes, and after a month, he resorted to his first blowjob in exchange for five. Tonight? Well, as you can see, he got one for a down payment, and he’ll get an entire pack once I fill his ass. Still, I think he’ll be upgrading soon enough–I much prefer my men to smoke cigars, and Ed’s already starting to loosen up and push back, so I don’t think there will be too much resistance from him in the future.