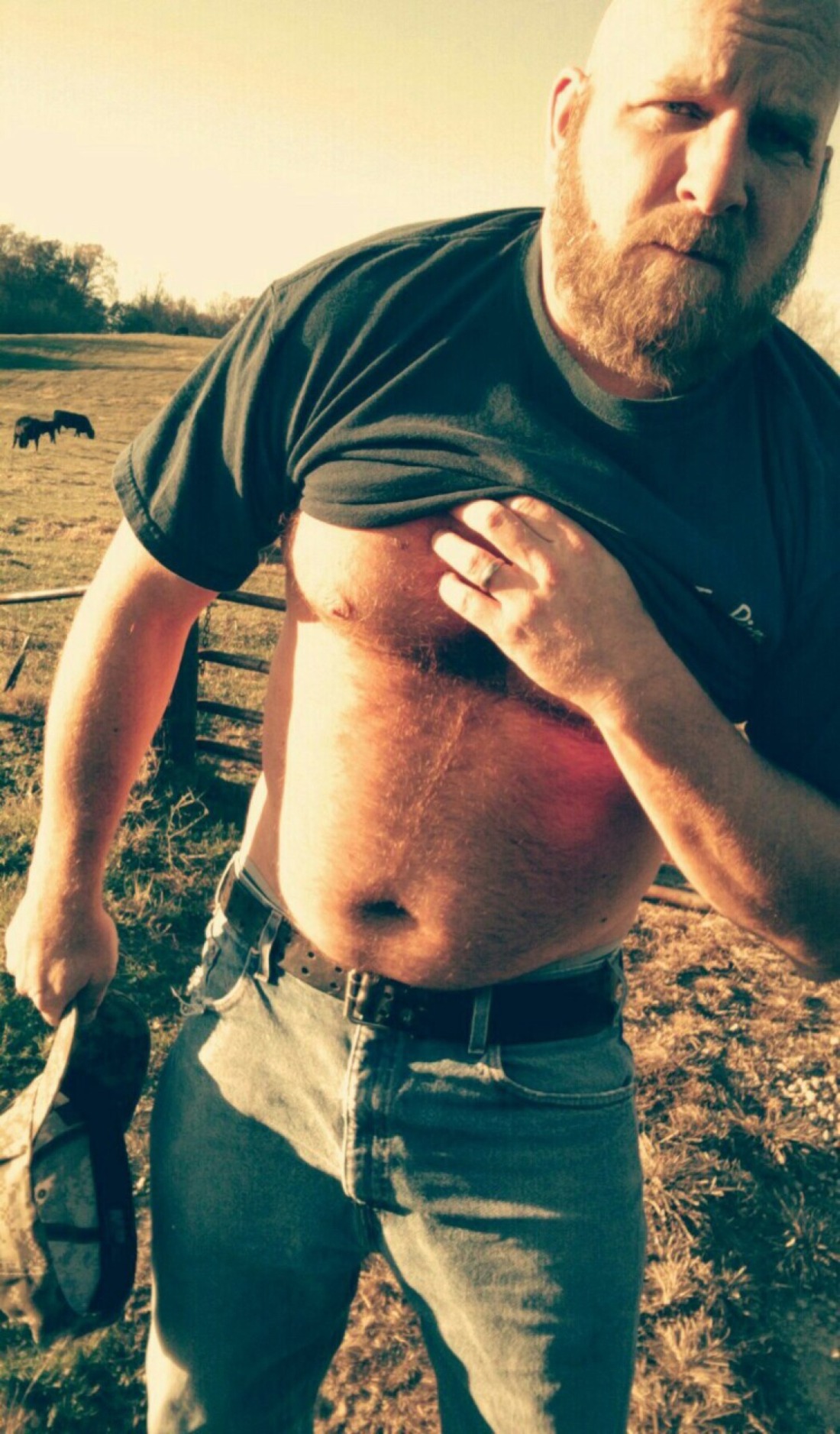 He’d thought this would be a shortcut, cutting through the fields on his way back home, but Mitchell had underestimated the distance and gotten a bit turned around in a stand of trees. Now he wasn’t quite sure where he was, but he could see a few buildings in the near distance–a farm house and a long, low barn. If he could get back to a road, he could at least reorient himself, even if he was technically trespassing.

He got closer to the barn, and he started to smell something–whatever it was, it smelled like food, and he hadn’t eaten in a few hours–it was making his stomach grumble. Curious to see what someone could be cooking in a barn that smelled so damn good, he crept around and found a door, and inside he found a bunch of machinery pumping some kind of strange slop into a a huge trough lining one wall, and in the dim light it looked like a bunch of pigs were feeding at it. His curiosity sated, he tried to turn around, but his feet instead carried him closer. The smell was intense, and his hunger was only growing. Without really knowing why, he found himself on his hands and knees at the trough, drool following through his beard, eyes vacant, and he shoved his face into the slop.

He looked down at himself, unable to believe what he was seeing. He must have gained fifty pounds in a few hours, all of it in his gut! He looked around at the pigs, and saw all of them were forming a large mass, heaving piles of flab, all of them grunting and squealing–but they weren’t pigs at all. They were all men! massively obese men, their eyes blank, sucking at each other’s holes and cocks. He had to get out of here, but he was so full he could barely stand up–and he didn’t really want to leave. He just kind of stayed there, watching the pigs fuck…and kind of wanting to join them. he didn’t even notice the obese redneck walk in, wearing just a pair of overalls.

“Well well! Looks like another little piggy wandered on in here when I wasn’t lookin’!”

Mitchell managed to pry his eyes away, but there was nothing he could do as the man walked over, started ripping away his over stretched clothes, and putting a leather collar on him.

“Bit too small though–gonna have tah give ya a boost so ya can catch up with the rest a the litter, ya runt!” the redneck said, and led Mitchell over to one end of the trough, shoved a tube down his throat, secured it with a mask, and then turned the machine back on–slop pumping it’s way right into his gut.