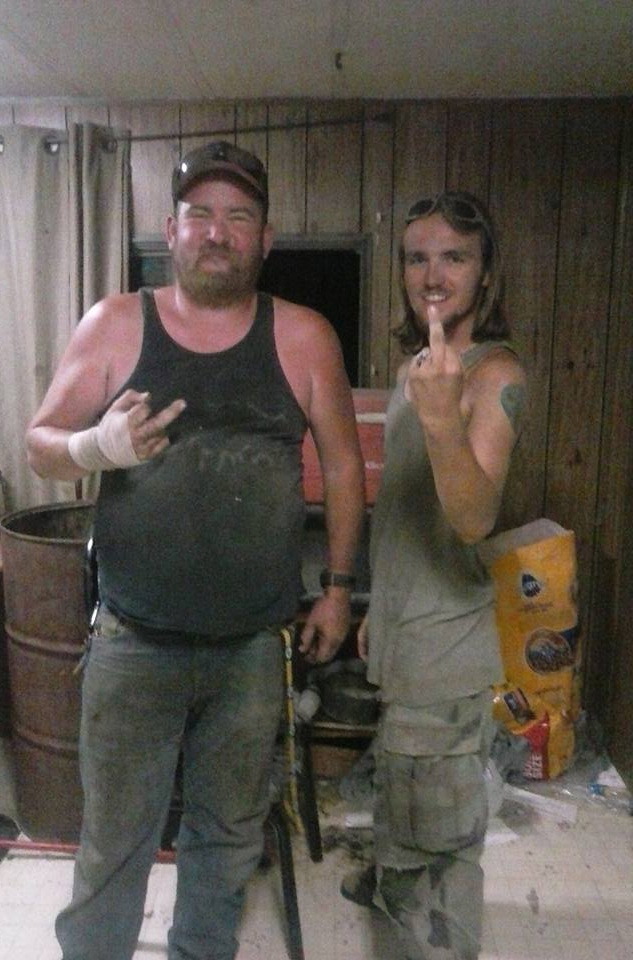 I was just a teenager looking to earn a little extra cash, so when my neighbor, Mr. Junkett, told me he would pay me fifty bucks a day to help him with some home improvement work, I jumped at the chance, even though I didn’t really know anything about it. I assumed it would just be some painting or something, but I found out on the first day that he was putting in an entire new wing of his house! Still, I’d agreed to help, and it was good money, and I knew I’d learn a lot from him.

I don’t know when I noticed the first changes, how I was becoming more muscular, my gut filling out, picked up a couple of tattoos even though I couldn’t remember how I’d gotten them, and I’d started smoking cigarettes just like Mr. Junkett. This photo was taken about a month after we’d gotten started…and I remember looking at myself, not even sure it was me.

I started spending more and more time with him, working, and soon I was there constantly, sleeping on his couch after he fed me huge meals and encouraged me to drink beer after beer…and then I was sleeping in his bed, waking up with his arms around me, his…cock still lodged in my ass. I knew it was wrong, but I liked it–pretty soon he was fucking me all the time, and I was begging him for it–just the scent off his musky pits was enough to have me bent over, pants down, begging for a rough fuck.

That old me has started to fade though. I’m not as smart as I was, and I don’t think I even finished high school. I’m in my forties with a mullet and a thick beard–my parents don’t even recognize me as their son, and…I live with Gary Junkett, my partner in public, and my master in private. Still, I can’t wait to see our new sex dungeon when it’s finished in a few more days. Master tells me we’re going to have a big party to celebrate, and my holes are going to be the main attractions.

For anyone who missed it, I have a new, secondary blog called Bracken’s Junkbox! That’s where I’ll be doing asks, reblogs, and photo captions again! I’ll probably repost some of them on Saturdays here, on my main blog, but if you follow the new one you can see them sooner.