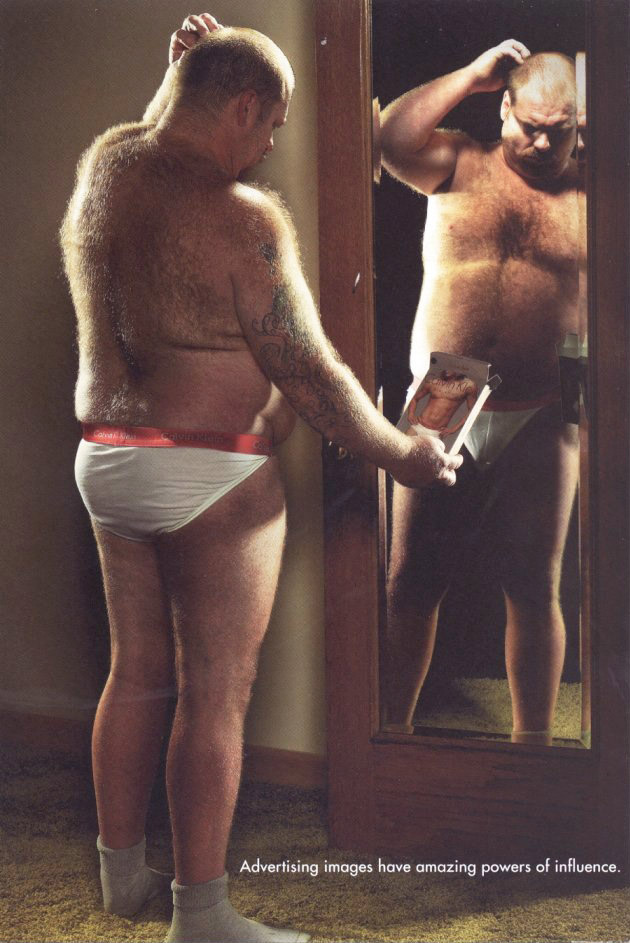 Drew looked from the mirror down to the underwear box. The underwear definitely didn’t look as good on him as it did on the model–and he felt that same rush of jealousy he always felt looking at crap like this. He wished he could be the model on the package instead of that guy–and then, something strange happened.

Looking down at the package, the image was suddenly different. The muscle god was gone and replaced with, well, him. Not a new him, the same gruff bear he’d always been, showing off his hairy belly, tattooed arms akimbo, and he didn’t understand what he was seeing, but memories filled in. He’d been thrilled to hear that Calvin Klein wanted him as their new underwear model, but he hadn’t been surprised. He was the top menswear model in the world–why wouldn’t they want him?

He glanced around his ritzy penthouse apartment, seeing himself on the billboard across the street showing off the newest Fall men’s collection from Versace, all flannel, denim and leather, and smiled. It may not have the result he’d imagined, but now every man wanted to look like him–and he could live with that.