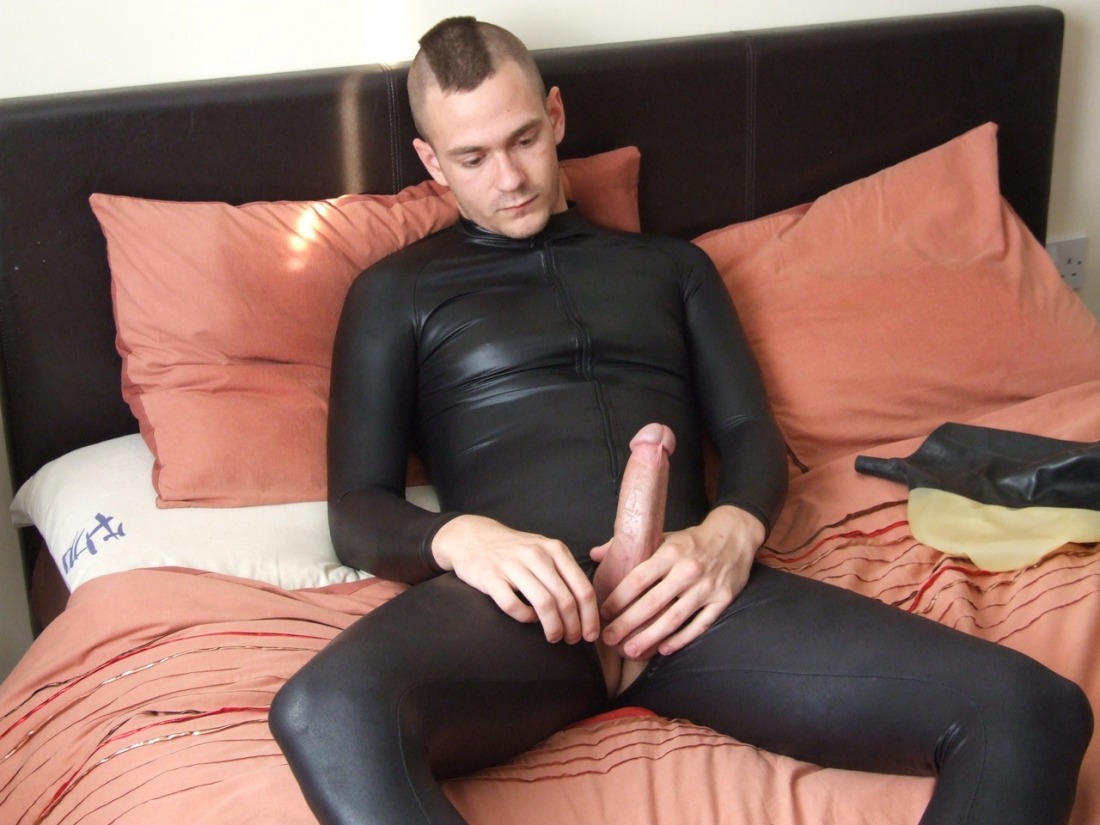 The past few nights, he’d been having strange dreams as well, the same one, looping over and over all night long. In it, he picked up his electric razor, and shaved off his hair into a mohawk, and then did it again, and again. His nerve broke on the third day, and he shaved his head, only to have the suit open and reveal his rock hard cock.

No jack off session had ever felt so good–but as soon as he came, the suit closed up again, and the next night he was dreaming about getting gauges in his ears. Still, he couldn’t do that could he? No, he’d manage to hold out…somehow.